You are holding a stop/slow paddle and a car is coming at you, fast. So fast, you get the feeling they are not going to stop. Your heart starts pumping, you drop the paddle and run toward your escape route. You barely catch your breath when you hear a nearby voice say, “Well done! The simulation is over!” You take off your headset, heart still racing, thanking your lucky stars you’re still in the training room. 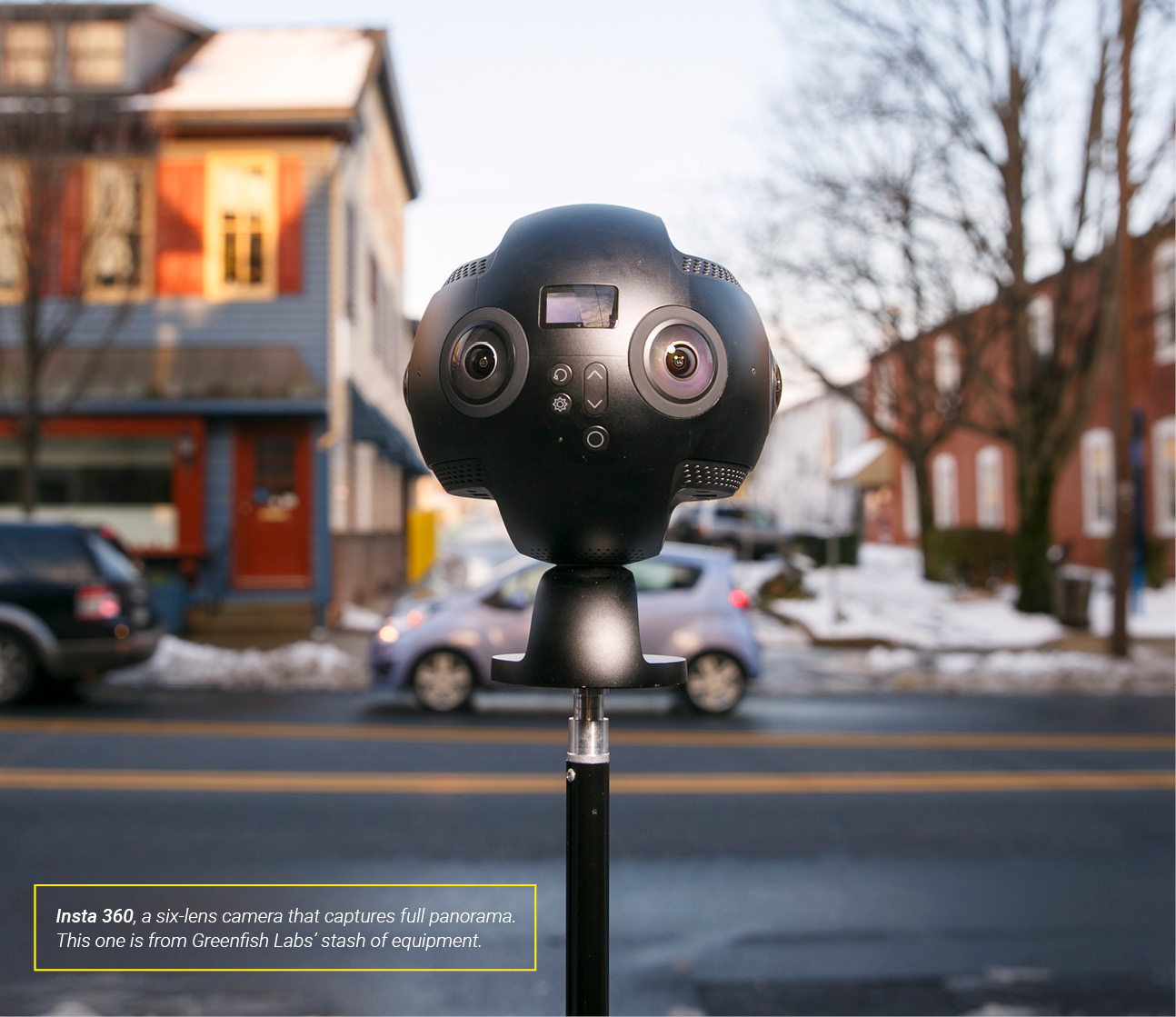 How strange that virtual reality (VR) can be more realistic than reality itself. It immerses you into environments that you may never get to experience—evoking strong emotional reactions and creating deep connections in the mind that become tangible memories. Defined as a computer-generated simulation of a three-dimensional (3D) image or environment that can be interacted within a seemingly real or physical way by a person using special electronic equipment, VR is just as it sounds—a quasi human experience.

THE TECH
Similar to how computers got their start, when VR devices were first built around six decades ago for military and industrial use, they were giant, complex mechanisms that had to be kept in large rooms. And though not widely known to the public outside of few niche circles, the technology steadily progressed.

Considered the godfather of VR, Ivan Sutherland, an American computer scientist, already acclaimed for his work in computer graphics, developed the first head-mounted display for VR in 1968 with the help of one of his students, Bob Sproull.

The Sword of Damocles, the name of his device, was large and dwarfed people when put on their heads, but this was the headset that pioneered VR forward.

From large head gear that looked more like a prop from an early science fiction movie to the cordless headsets we’ve come to recognize today, the tech has progressed over the years and has widely expanded its capabilities and uses. As digital consumers, we’ve started to grow accustomed to perceiving 3D and 360° images and graphics. VR is taking that to the next level by immersing a user wearing a headset in a 360°/3D environment —moving us beyond what we thought we were capable of comprehending. “When you’re wearing a headset and are in the ‘VR world’ your peripheral vision is blocked, and your mind automatically thinks that you’re in that world,” says Sovanna Mam, CEO and co-founder of Greenfish Labs, a leading VR technology developer in Elizabethtown, Pennsylvania.

VR is about realism, and the industry is focused on making the visual resolution better. According to Mam, bringing the resolution closer to what the human eye perceives, which is 9K resolution per eye (optimal latency of 120 frames per second), 4K and 8K resolution is quickly moving into headsets. We’re now getting used to 4K TV screens and what you currently see in VR isn’t quite there yet. VR hardware makers are focused on maturing the resolution quality of VR technology to our current consumer standards to help make it more appealing to the masses.

VIRTUAL APPLICATIONS
The technology has evolved greatly from its early roots in science and military research to a multitude of entertainment purposes. Whether being used to play a video game or being the main topic of the big screen, the word is getting out about VR. As the technology gets more popular notoriety from entertainment applications, commercial use is growing and becoming more affordable and relevant for a variety of business uses.

Using VR for training, especially for safety, is not only innovative, it’s pragmatic. In a VR training scenario, the user can get hands on experience in situations that, outside of VR, would be very risky and expensive to replicate—for instance inside a nuclear reactor, atop electrical transmission lines, or even in traffic control scenarios. This type of training evokes engagement from the trainee who is immersed in the experience—gaining the tactical knowledge historically only available in the real-world. What’s more, trainers and researchers can collect a myriad of new data points by incorporating additional sensors and analytical software providing better feedback than a real-world scenario.

Greenfish recently worked with JLG Industries, a leading manufacturer and supplier of industrial equipment, on a 360° experience to demonstrate the new sensor technology used on their cranes. During the experience, viewers were virtually placed inside the bucket of the crane as it was lifted into the air while inside an airplane hangar. Greenfish also recently worked with a renowned interventional radiologist at the University of Virginia Medical School to use this technology as a way to train medical students. They set up some cameras to broadcast a live surgery for students, which put them right in the operating room. “Education and training are where VR has legs,” says Mam. “Being used for more practical situations expands the use and need for such technology. This is the future.” 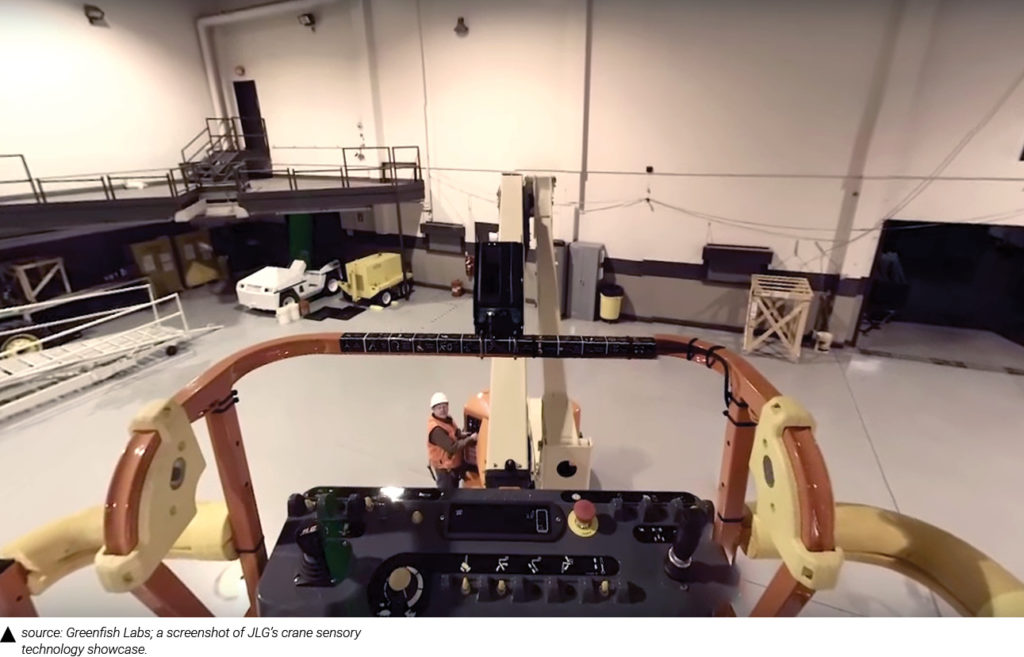 TO TECH OR NOT TO TECH
The technology is only as applicable as people will have to accept it and adopt it. This has its challenges. Many don’t understand what VR is nor what its capabilities are. It’s still seen as a gaming or entertainment device by much of the public. Like video cameras when they were first released or any type of new technology, there’s an adoption period. 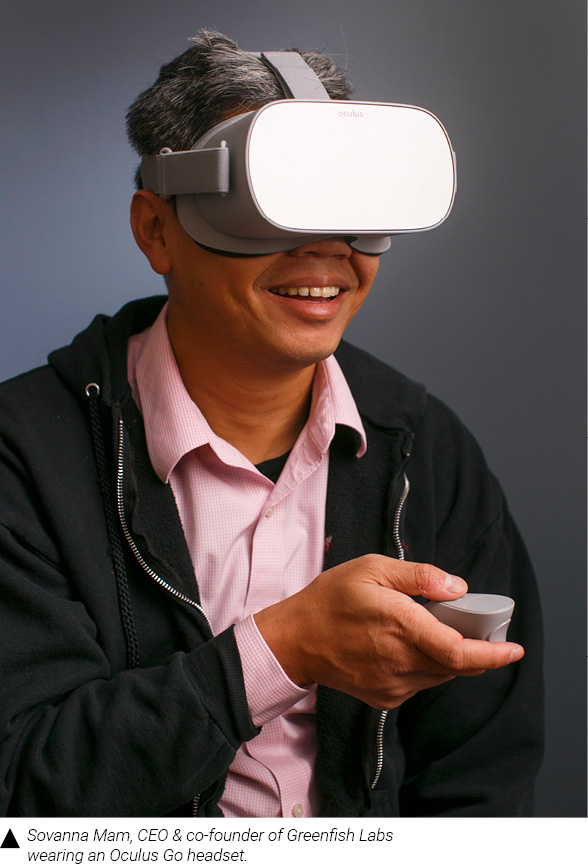 Cost can be another limiting factor. New technology can have a hefty price tag when first emerging in the market. VR is going through this kind of renaissance as it’s being brought to the public. The tech is becoming more affordable to more organizations and to individuals. In fact, for under $40, you can get a cardboard headset for your smart phone to get a small taste of what it’s like.

As their size continues to reduce, they’re becoming more accessible and convenient as the technology advances. However, there is a slight learning curve for users. If you’ve never worn a headset before, you may experience what’s called VR sickness. As Mam terms it, we are “hijacking the brain” and the result can cause an offshoot of motion sickness, which is when you’re driving or riding in a car and your body feels the movement, your eyes see the movement, but you get sick. When wearing a VR headset, you’re seeing movement, your brain is perceiving it as such, but your body doesn’t feel it. So those who are prone to motion sickness, or even those who aren’t, may feel a bit uneasy at first.

However, when it comes to engagement; being immersed in a risk-free, risky environment; and the ability to collect training and testing data, these limitations seem to be just speed bumps.

Pictured in the image to the left and present at our interview with Greenfish Labs, is Chuck Durham, the president of Seisan, a leading provider of customized web, mobile, and geospatial solutions. Seisan and Greenfish Labs are collaborative partners in the technology space and work together to provide the best in innovative experiences for their clients. 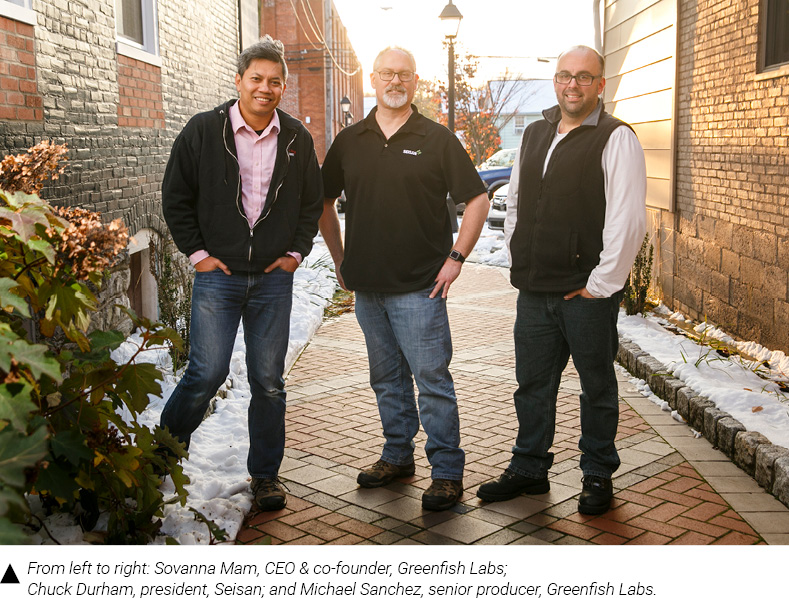 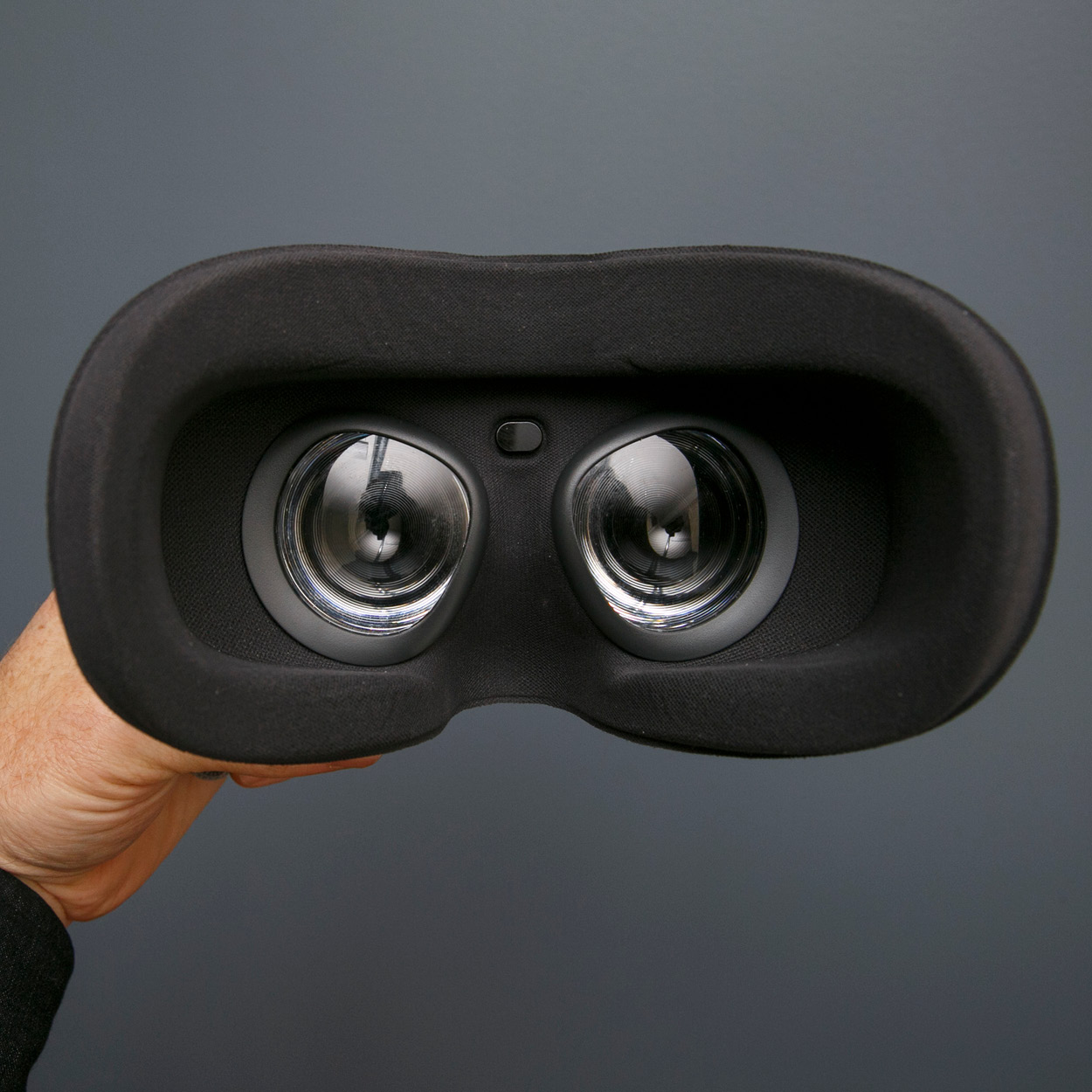 Article Name
Seeing Is Believing
Description
Virtual reality immerses you into environments that you may never get to experience—evoking strong emotional reactions and creating deep connections in the mind that become tangible memories. Defined as a computer-generated simulation of a three-dimensional (3D) image or environment that can be interacted within a seemingly real or physical way by a person using special electronic equipment, VR is just as it sounds—a quasi human experience.
Publisher Name
Flagger Force
Publisher Logo