These days, many people living in rural parts of the country understand that they may have limited options to access a fast internet connection, but it’s a nearly universal expectation to have basic electric service. Eighty years ago, electric service was much harder to come by in rural areas. Electric utilities were not motivated to extend service to the sparsely populated countryside, so many rural residents lived without the benefit of electricity.

The Act developed the concept of the electrical cooperative (co-op), set up on a cooperative business model that treated members as owners as opposed to customers. Members could vote for directors to set policy and guide the co-op. Evidence of that ownership came in the form of capital credits, allocated by the co-op after expenses were met and reserves set aside. The cooperative concept spread rapidly, and by 1953, almost 90 percent of farms in the United States had electricity.

Today, co-ops provide electricity to an estimated 42 million people in 47 states and serve 75 percent of the landmass in the United States. Beyond houses, co-ops also serve businesses, schools, churches and more. Staying true to their roots, electric co-ops are still non-profit businesses that answer to their members by providing safe and reliable electric service at a competitive price.
There are 13 electric co-ops in Pennsylvania and one in New Jersey served by the Pennsylvania Rural Electric Association (PREA), which provides a variety of services, including a voice in the halls of government. These 14 co-ops offer electricity to more than 230,000 homes and businesses and are among the many co-ops across the country. The co-ops receive power at their substations from Allegheny Electric Cooperative, Inc., a generation and transmission co-op based in Harrisburg, PA, and in turn provide it to their members. 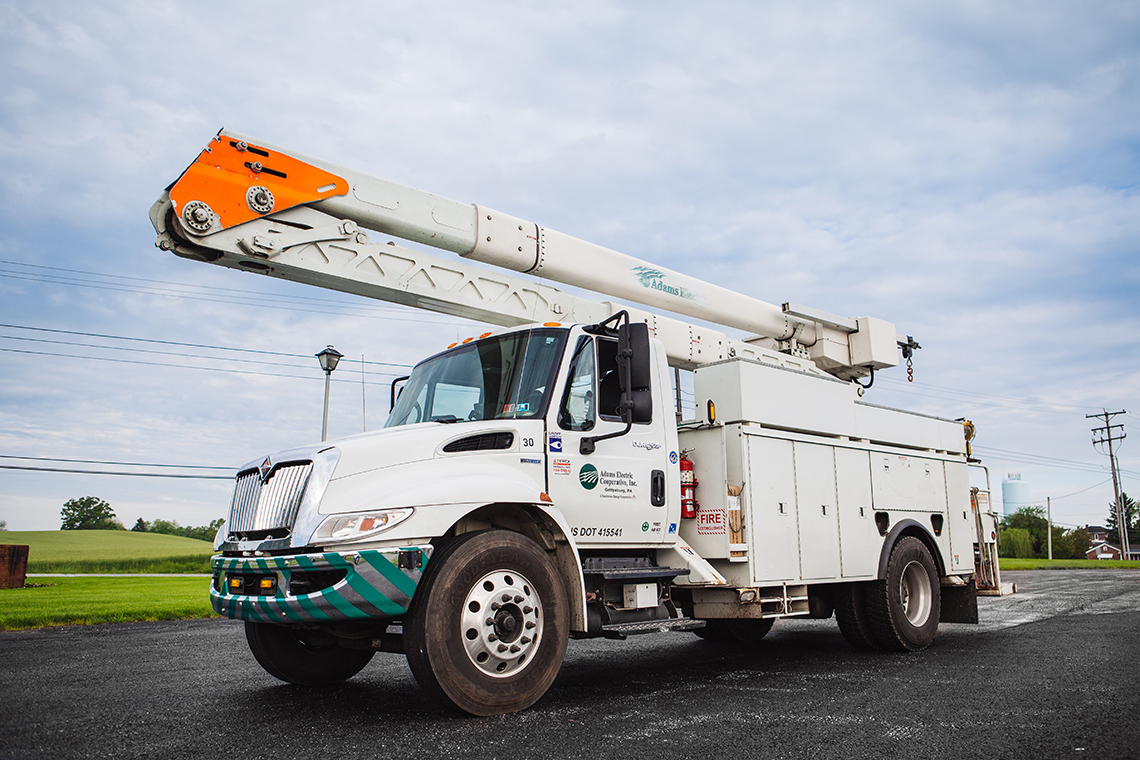 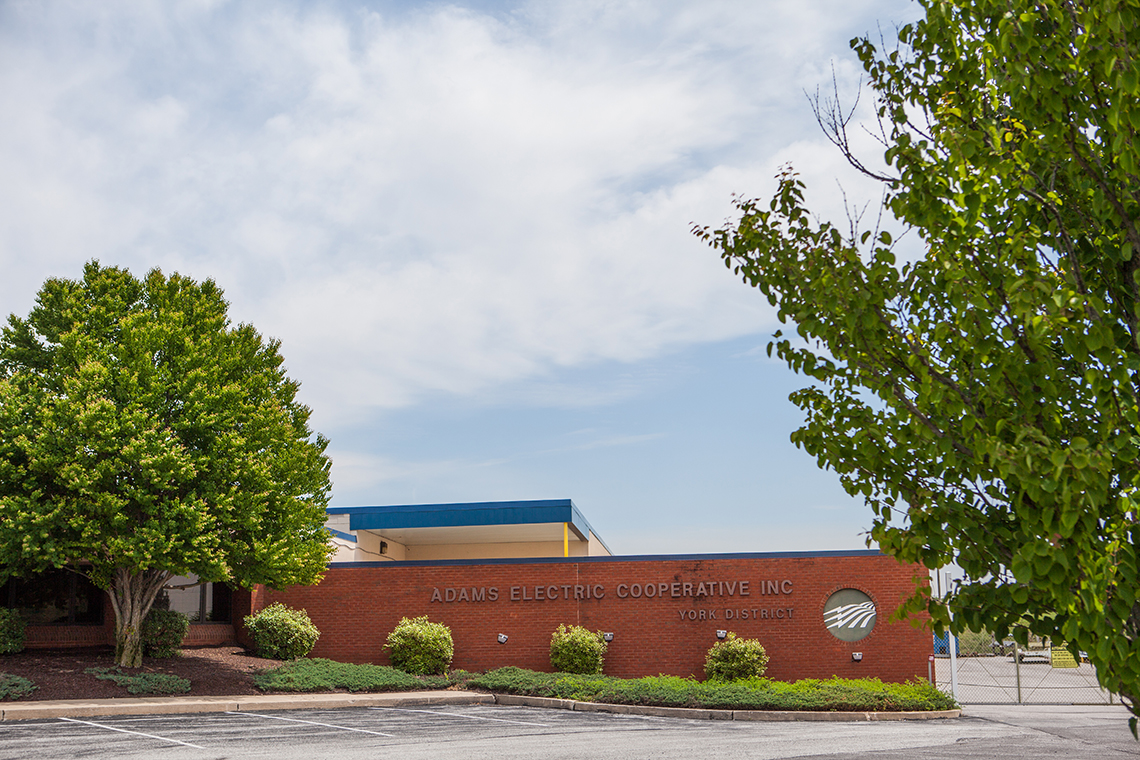 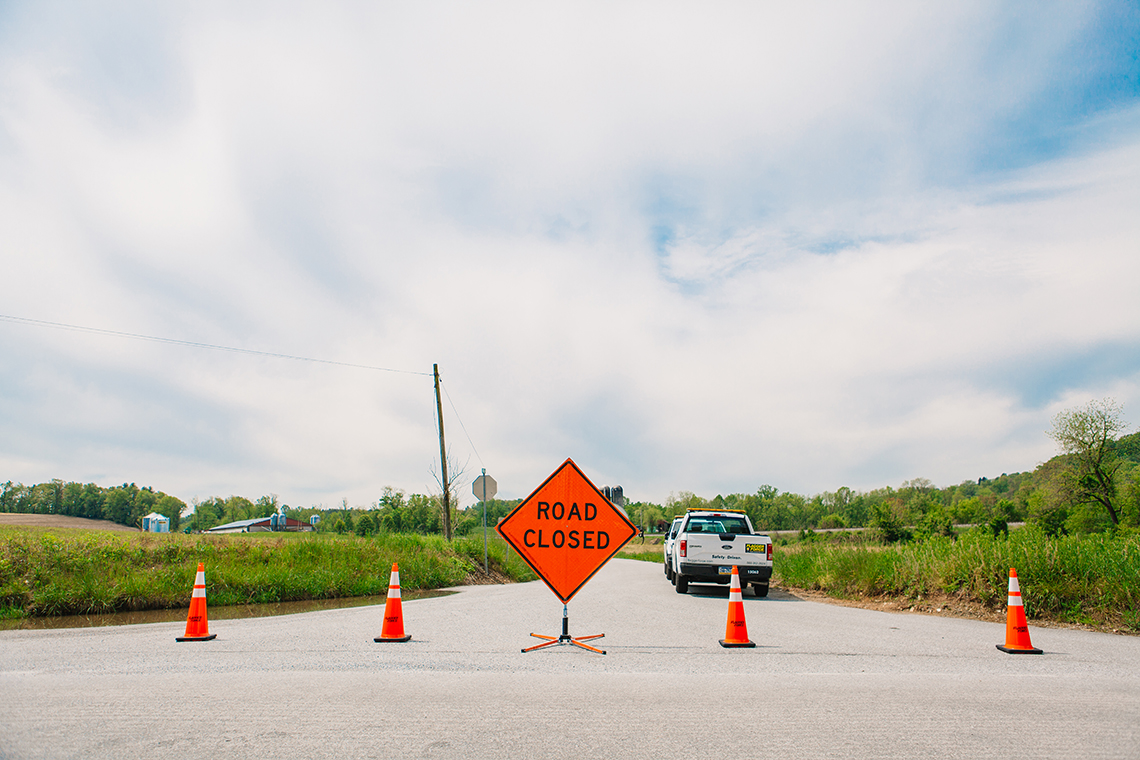 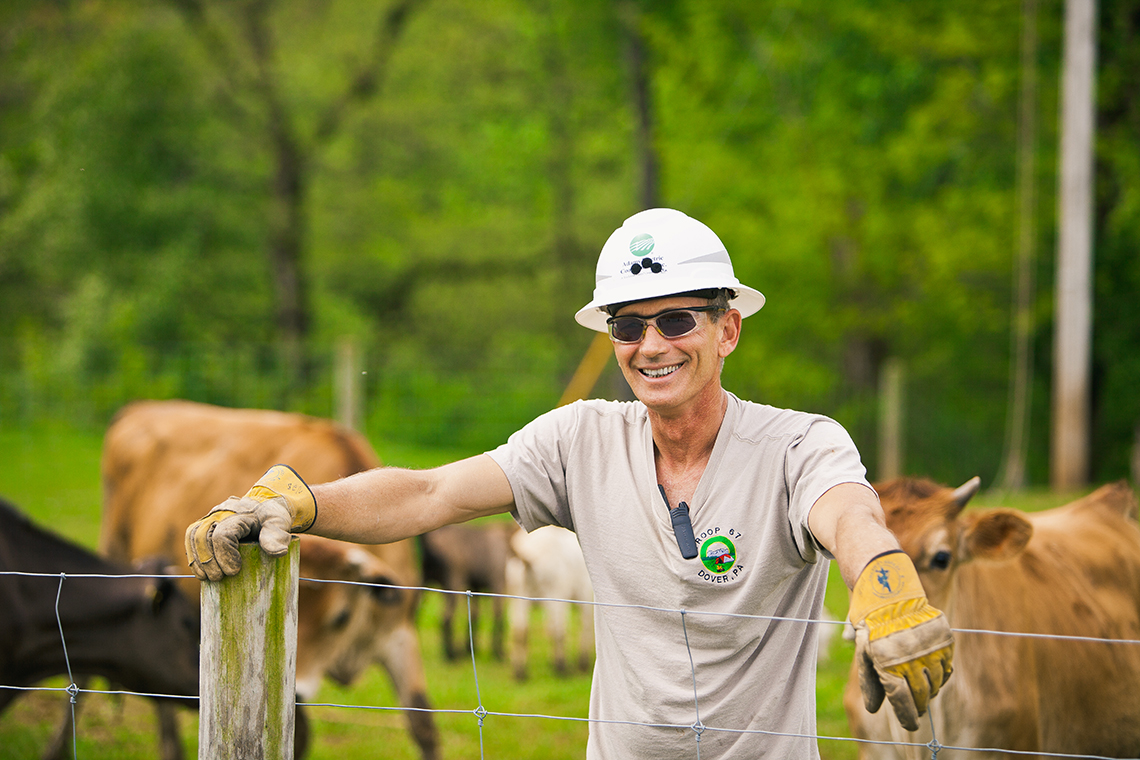 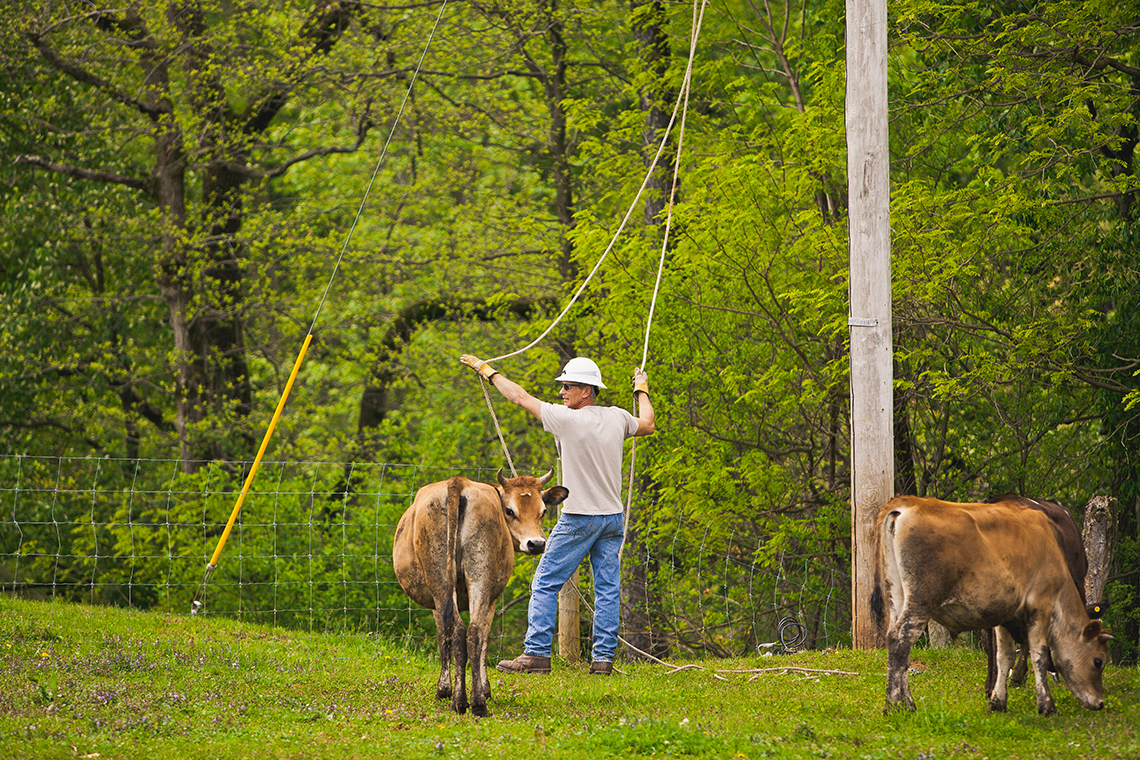 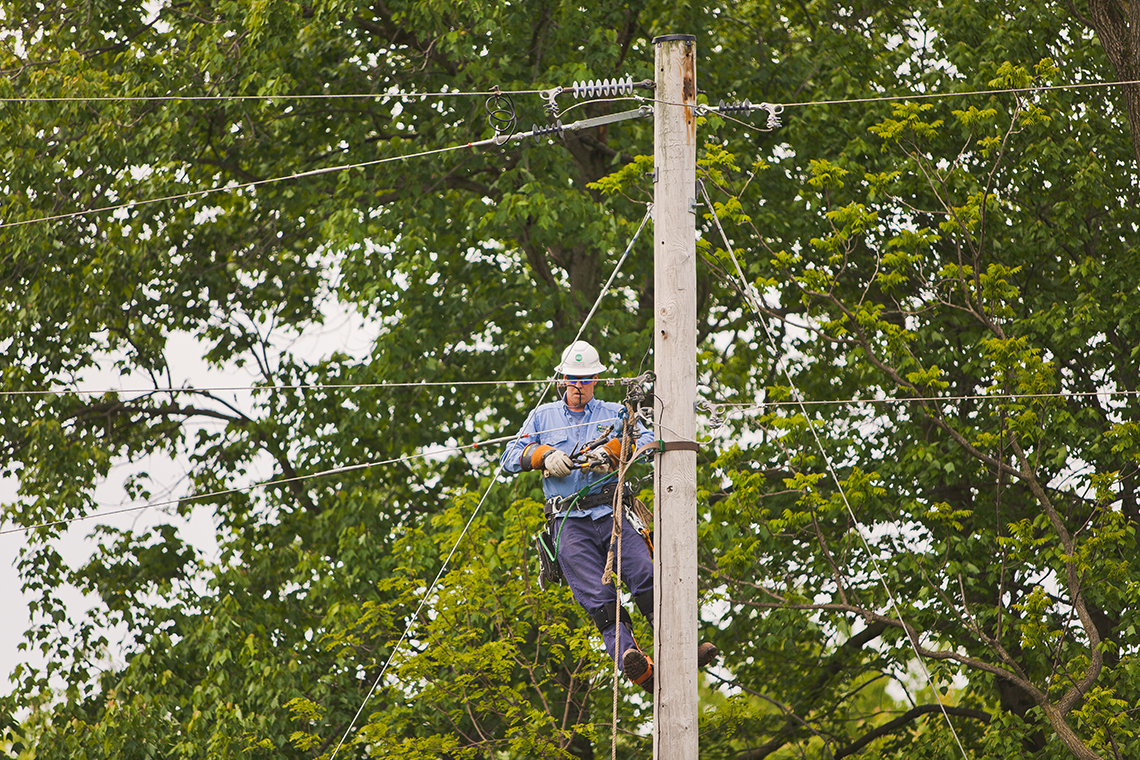 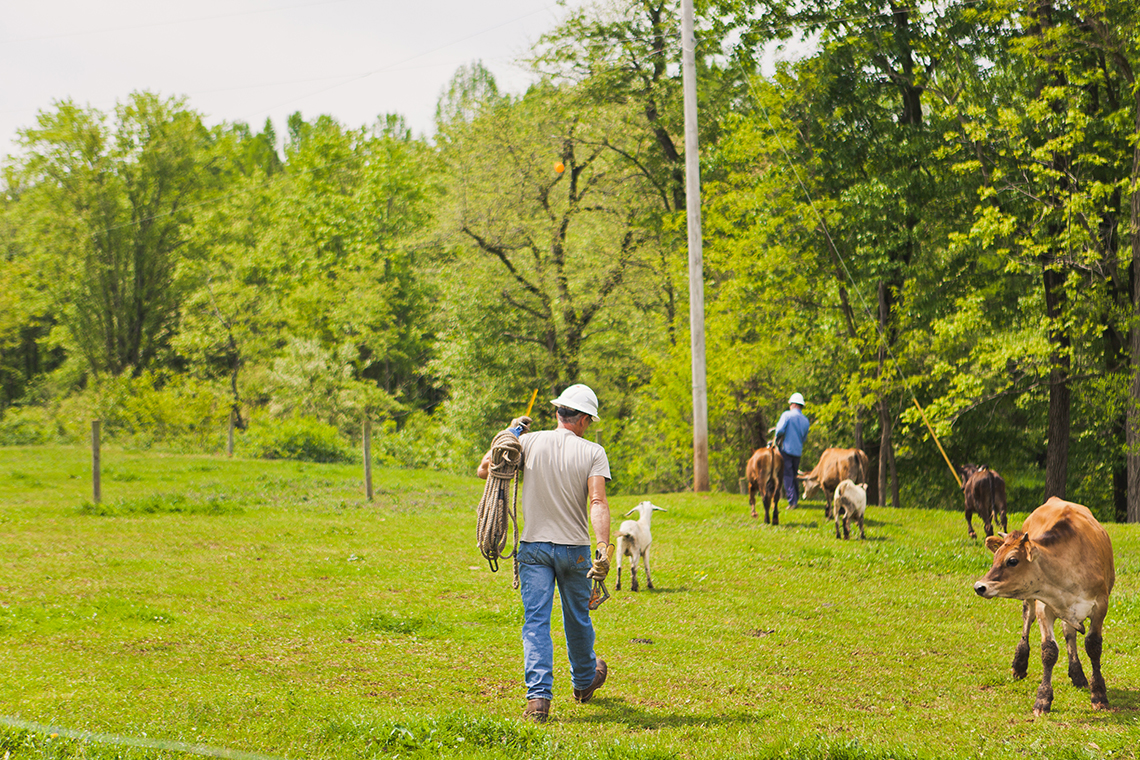 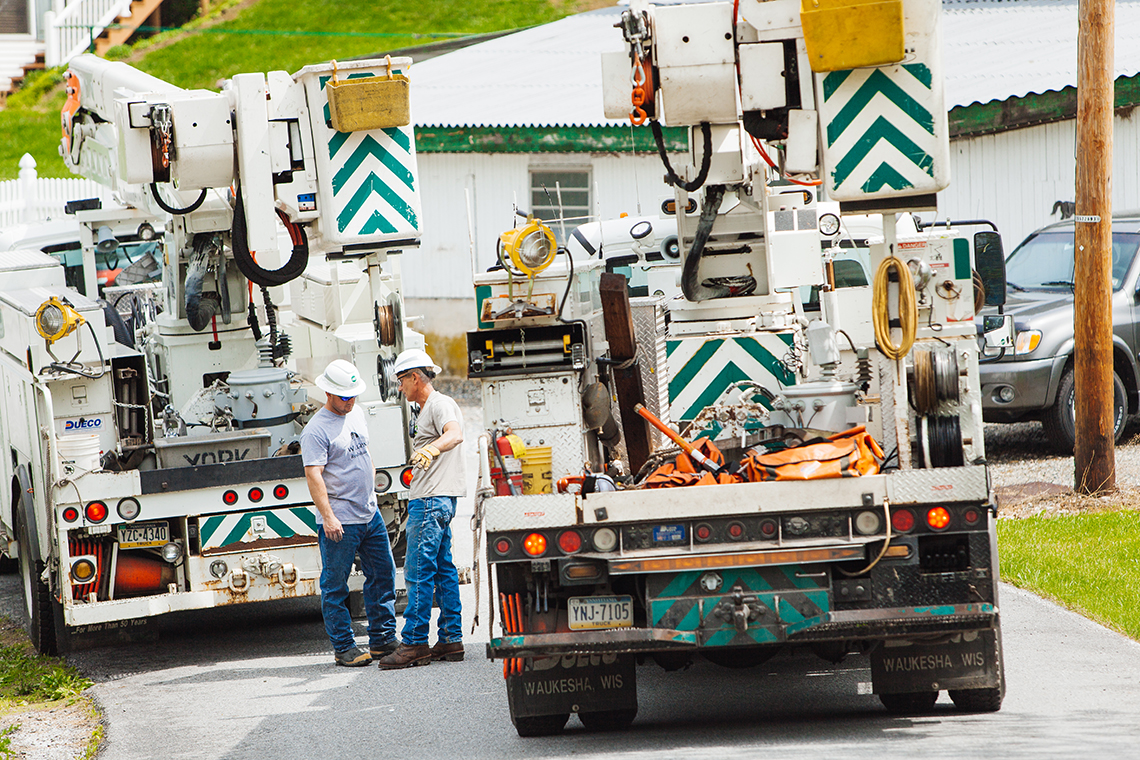 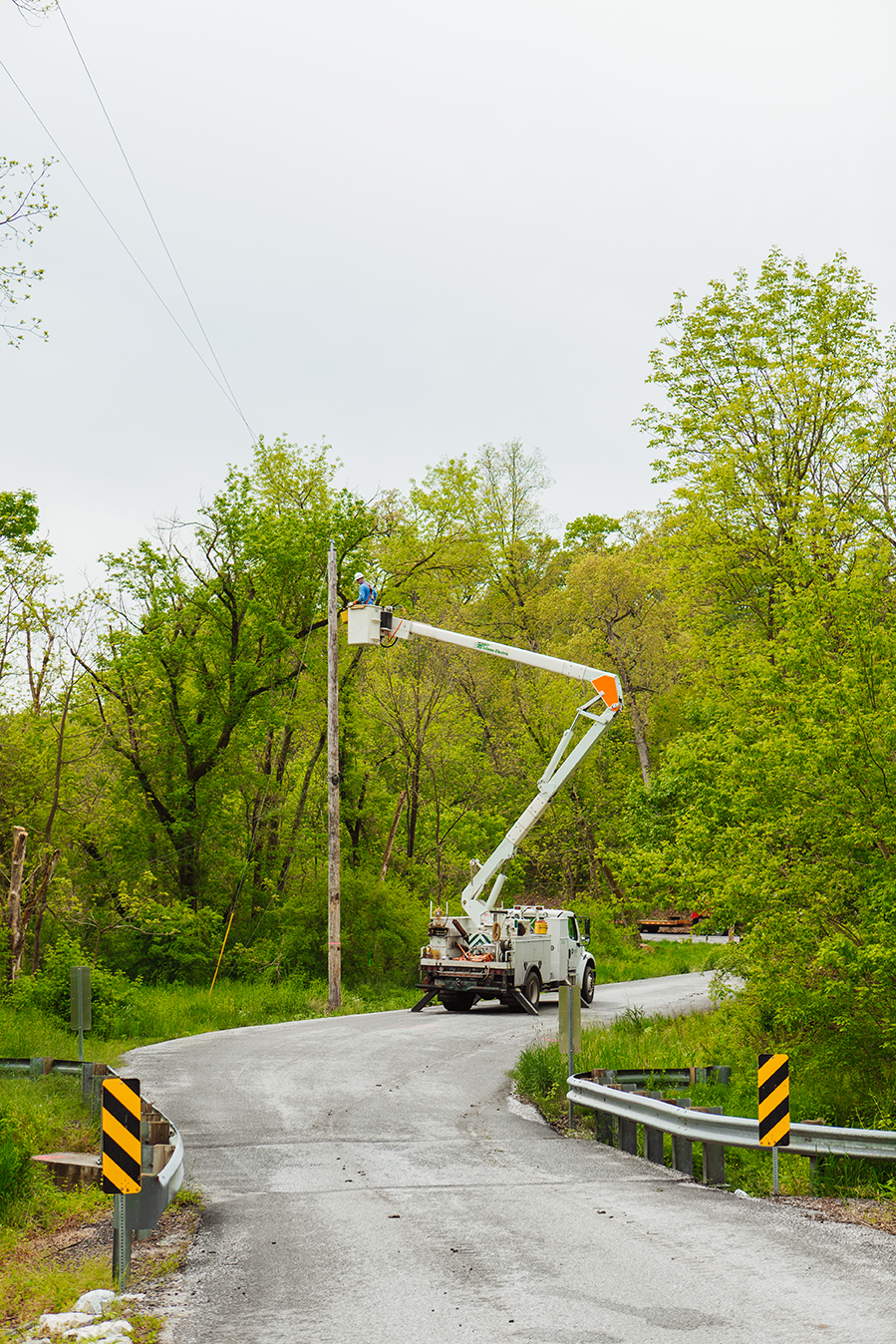 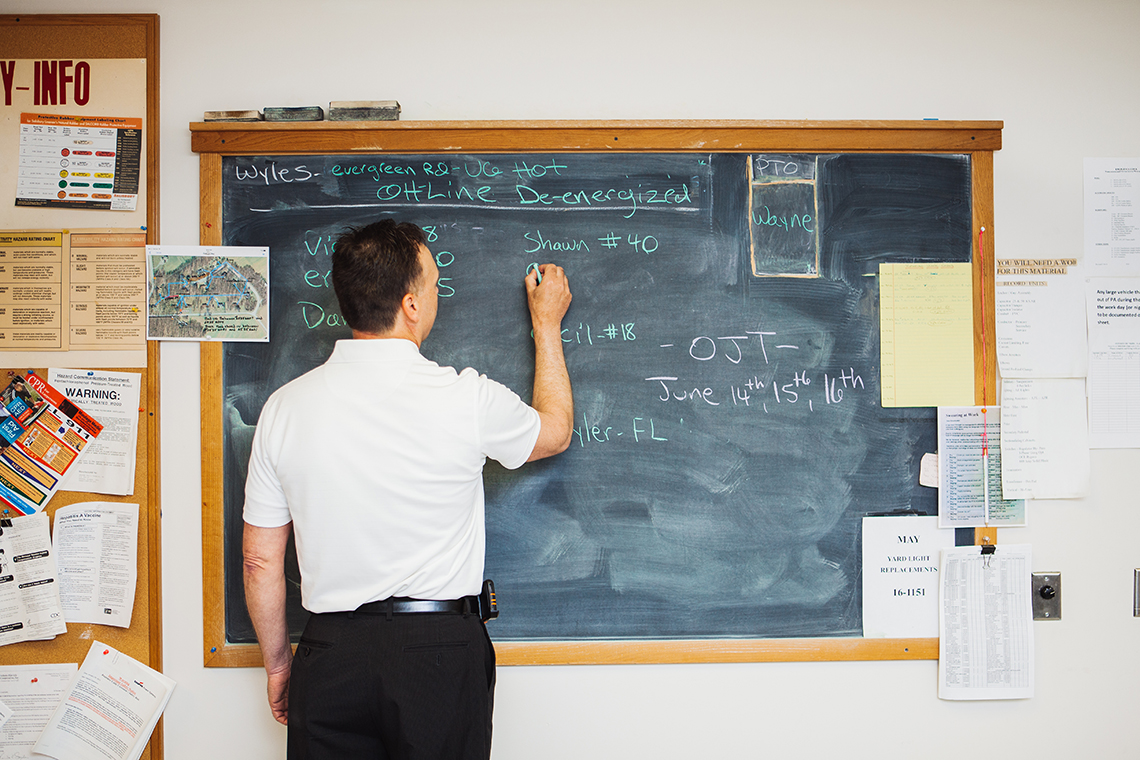 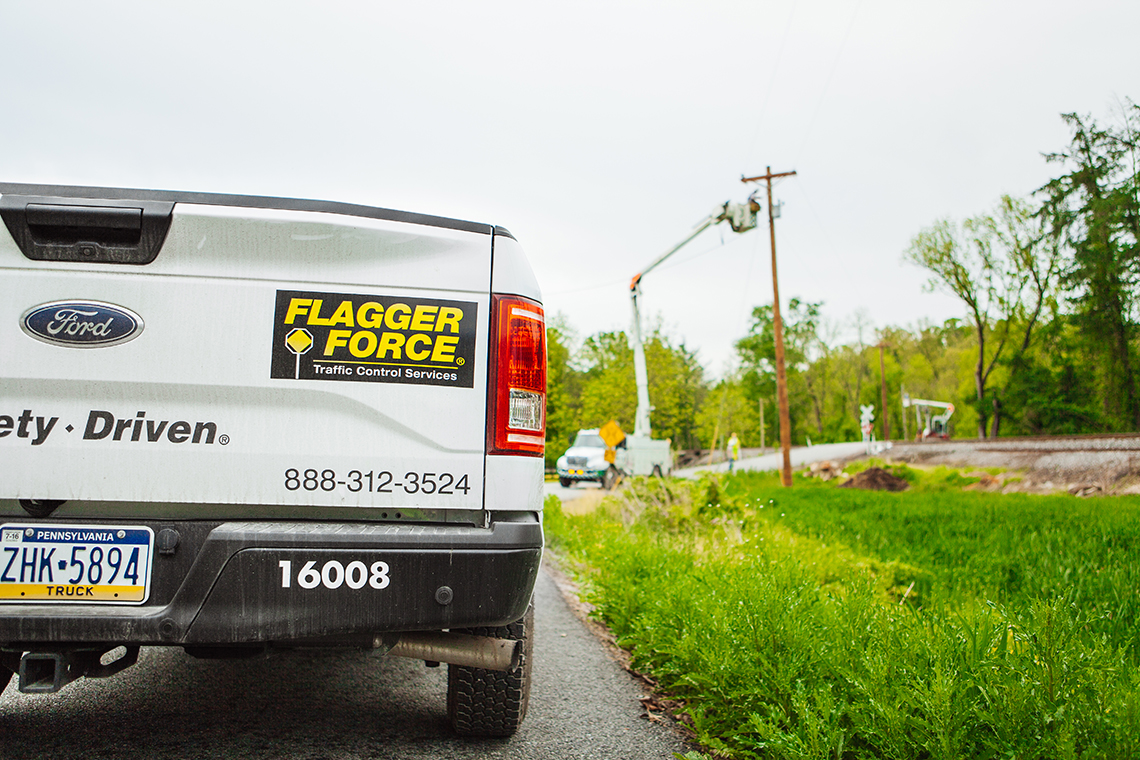 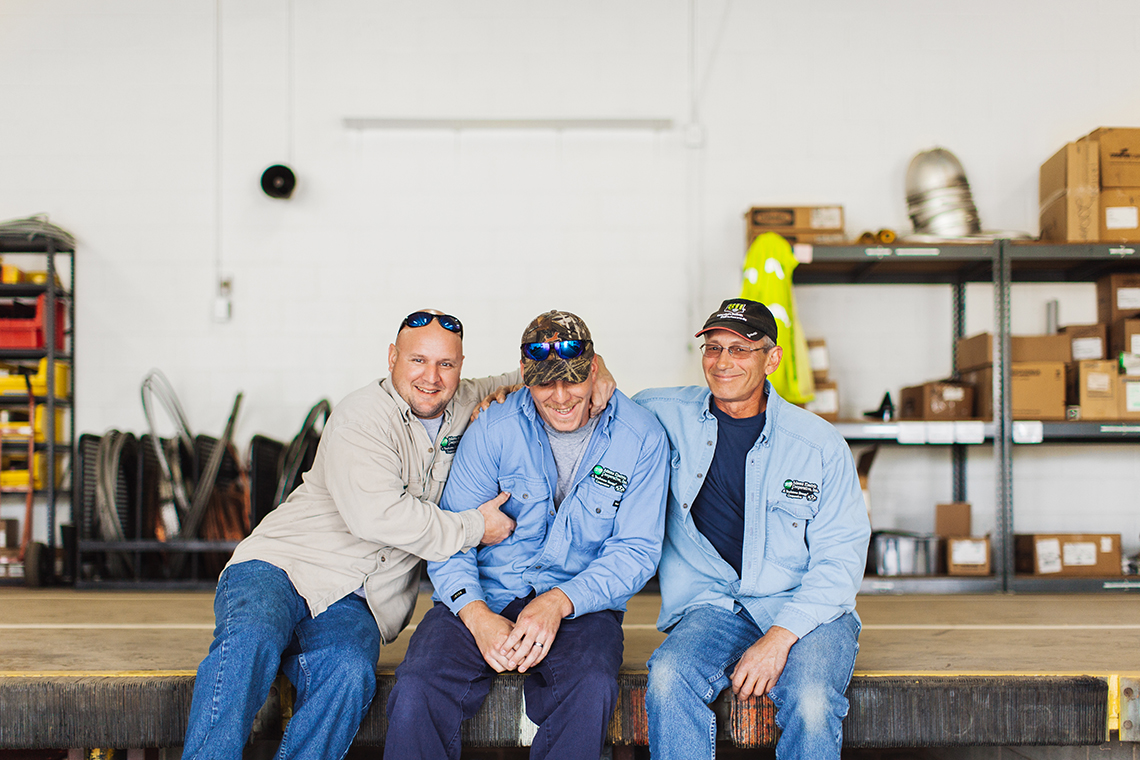 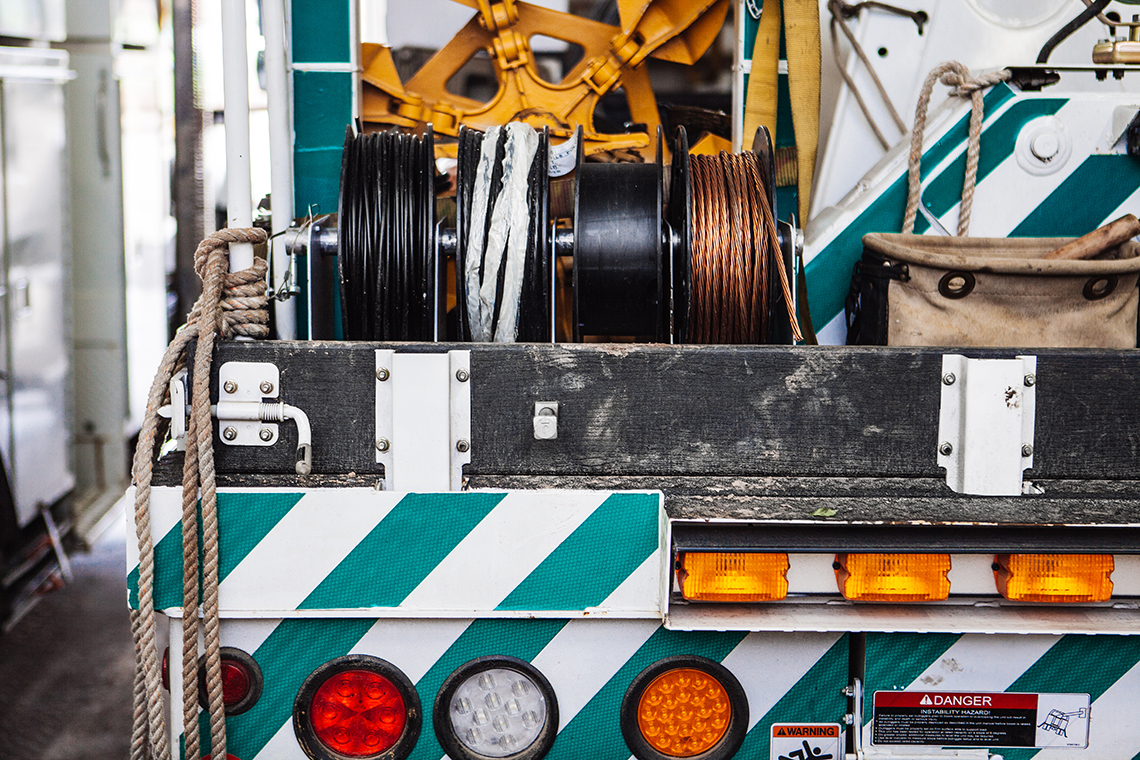 Adams Electric Cooperative is one of Flagger Force’s first customers. Adams provides electricity to more than 32,000 member accounts across South Central Pennsylvania. Incorporated in 1940, Adams Electric now employs nearly 90 people who work and live within its five-county service area, giving them a strong sense of community.

Whenever work is required in rural zones, it’s important to employ the services of a professional and qualified temporary traffic control expert. Flagger Force has the experience and knowledge to put in place safe, high-quality rural traffic control. We plan the traffic restrictions, deviations and control that are specific to rural areas and keep traffic moving, while providing opportunities for rural utilities to perform their work.

York District Line Superintendent Mike Ward says Adams Electric’s strong safety culture and detailed processes are rehearsed each day, ensuring that not only the community but also their employees go home safely every day. Ward is one of four superintendents who, in conjunction with the operations personnel and the co-op’s engineers, maintain lines and equipment and make necessary repairs and upgrades.

Ward has been with Adams since 1989 and has seen a lot over 27 years. He explains that one thing that has not changed is the co-op’s core mission: to serve its membership.

To make that happen, the co-op relies on a strategic partnership with Flagger Force to maintain control of traffic while they repair and upgrade Adams Electric’s 3,000 miles of electric distribution lines and equipment. These men and women who maintain the power lines have specific skills and experiences that can’t be replicated. These are close-knit crews, and it takes a lot to gain their trust.

We offer efficient and effective traffic control for utility companies by paying close attention to safety and traffic flow. Before every project, we sit down with management at Adams Electric and determine the best practices, signage and number of flagmen to provide the best rural traffic control services possible.

After more than 75 years of proving that the cooperative business model works, Adams Electric continues to make electric service possible and affordable to areas throughout Adams, Cumberland, Franklin, Perry and York Counties. Adams Electric lives up to the high standards set by the REA many years ago. We’re honored that they chose Flagger Force for their traffic control needs. 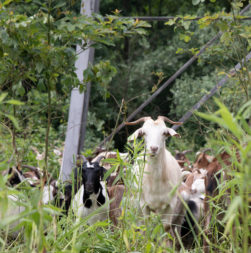 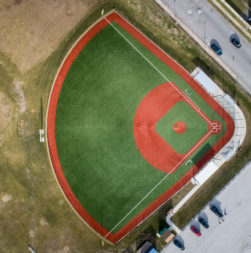