Home Pressroom FLAGGER FORCE RANKED #32 OF THE TOP 50 FASTEST GROWING COMPANIES IN CENTRAL PENNSYLVANIA
Have A Question? Contact Us Today »

Flagger Force Traffic Control Services was ranked #32 of the Top 50 Fastest Growing Companies in Central Pennsylvania on Monday. The company was honored during an awards breakfast hosted by the Central Penn Business Journal (CPBJ). The CPBJ Top 50 Fastest Growing Companies program identifies the region’s most dynamic companies that have made significant contributions to the strength of our local economy.

“We are honored to be recognized with so many other prominent companies in Central Pennsylvania,” said Michele Doner, president, and CEO of Flagger Force. “Our employees are the backbone of our continuing growth year after year. Their dedication in keeping our communities moving has been the reason why we have been recognized in the top 50 fastest growing list for the past seven years.”

To be eligible for this recognition, companies were required to show revenue of at least $500,000 in each of the fiscal years ending 2015, 2016 and 2017. For-profit entities, headquartered in Adams, Cumberland, Dauphin, Franklin, Lancaster, Lebanon, Perry or York County, were eligible for nomination.

Presenting Program Sponsor Baker Tilly calculated the nominations and then ranked the companies according to revenue growth over the three-year period. Both dollar and percentage increases were taken into consideration. This ranking formula led to the list of 50 winners.

Flagger Force Traffic Control Services provides safe, quality work zones throughout the Mid-Atlantic Region. Flagger Force provides careers to more than 1,600 full-time employees with a 24/7 operational capability and two-hour emergency response time. Flagger Force Keeps Communities Moving safely through work zones, while their clients work to keep the power on, water flowing, and bridges safe for the traveling public on a daily basis, but they also support the communities they work and live in by donating time, resources, and dollars to local organizations. The company is a certified women business enterprise by the Women’s Business Enterprise National Council (WBENC). To learn more about Flagger Force, visit FlaggerForce.com. 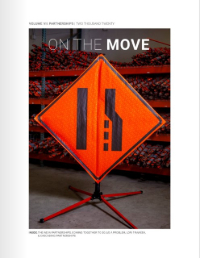 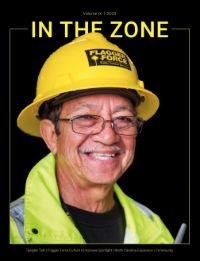